Last week I started back to work at New Relic’s Barcelona office. Located downtown in an area call L’Eixample, I’ve been transiting (mostly Metro) between there and our flat in El Poblenou (more details forthcoming!)

On Thursday Amber sent a list of nine things, and asked if I’d grab them from the store on my way home. A bus ran from near the office, past a major shopping center I was familiar with within talking distance of our flat. Easy!

Since I only had a laptop bag, I snagged an unused paper bag from the lunchroom, patting myself on the back for my forethought to avoid buying a new bag at the store (cue ominous music).

Outside, not only was the bus line nearby, it was literally steps from the door. This whole urban living thing was really coming together.

Shopping rubbed off a little of that shine, though, as I worked down Amber’s list. First off, shopping in an unfamiliar, large grocery store is always grounds for some mild frustration. Compounding that, Spanish groceries aren’t arranged quite like the “standard” layout in the US. The differences are subtle, but real. For instance, the baking soda (bicarbonato de sodio) was with spices, but the the baking powder (pulvo de hornear) hid out with the boxed cakes eight aisles away. Ibuprofen isn’t even available at grocery stores, only at separate pharmacies. I did manage to find peanut butter, a nice touch given how often I’ve heard that held up as a strictly American thing.

Packing the paper bag full, I headed into the kilometer walk home. About a third of the way there, a familiar sensation began, missing since my arrival in Spain. Was that drizzle? The sky did hang low and cloudy, but I’m from Oregon. A little rain doesn’t scare me.

I wasn’t about to let this spoil my outing, though. Worst off I’d end up wet, but if it stopped afterward it might even cool things down. But as my clothes soaked through, drips turned to small streams from my hair, and a thick fog smeared over my glasses, I noticed a problem.

The front corners of the paper bag were softening from the rain.

I clutched the groceries closer, craning uselessly to shield them. Picking up my pace, I was certain I could make it down the rambla and home before things got dire.

The bag disintegrated all at once. Half of my groceries flew from my arms like angry magnets, scattering on the pavement. Glass shattered. With my left eye flaring (yeah for detached retinas!) and fog over my glasses, I could hardly see the extent of the damage. As I clutched the remains of my groceries, I didn’t even notice for a moment that the bag of flour had burst open. My entire right leg was plastered wet and caked in white. 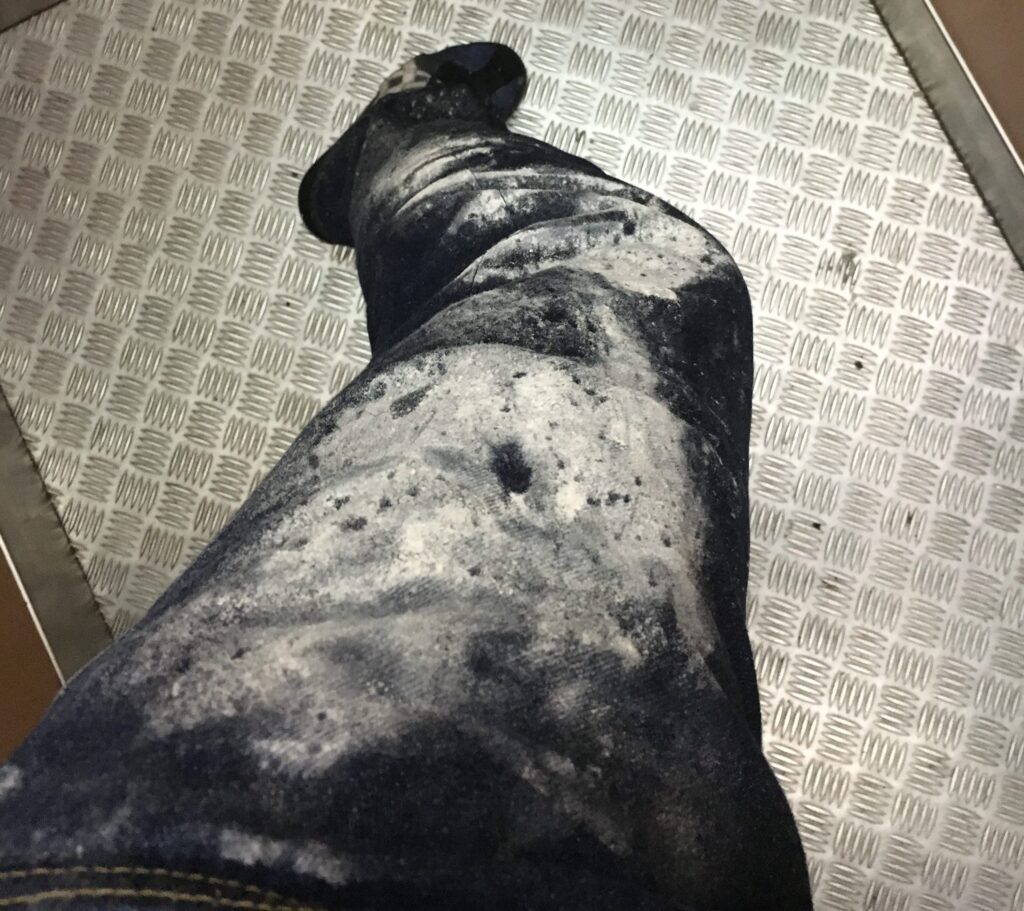 A kind stranger saw my predicament and said in relatively clear English, “That’s not going to work.” Um, yeah, agreed. He immediately offered to run and grab a bag, though. Almost on his heels, someone else offered me a large reusable bag. I thanked them profusely as I tucked what remained into the bag. Flour and broken egg smeared everything.

With the surviving items finally safe, I picked up the broken glass I could, gripping them in the soaked shreds of my brilliant paper bag, and tucked the lot in the nearest trash can before scurrying the rest of the way home.