A week or two ago several coworkers asked me the same question.

“Are you going to the Festa Major?”

When multiple people are checking you know about something happening in your new city, it definitely gets your attention.

Each major neighborhood in Barcelona has a yearly festival. These often last for days with decoration in the streets, food, music, all the things you’d expect from a festival in Spain. This week was the one for Gràcia, a relatively central neighborhood we’d considered living in until we found our flat in Poblenou.

Festa Major de Gràcia is one of the larger events and lasts a whole week. We didn’t make it out until the last day. From what we hear about the crowds earlier, it’s probably just as well!

Different streets decorated to themes and competed with each other. Some were mostly art displays, others host to large neighbor dinners or elevated musical stages. Talking with a coworker the day after he said, “Lots of those streets are kind of weird.” As a Portlander, I mostly just felt at home.

We wandered out around 8:30 as dusk closed in. Life in Spain runs as late as you’ve heard. Festivities were just starting throughout Gràcia. We toured several streets, had a baby gelato cones (so itty bitty!), and then found our way to pizza and pasta for dinner before more streets.

One had a video game theme 🤖🎮👾 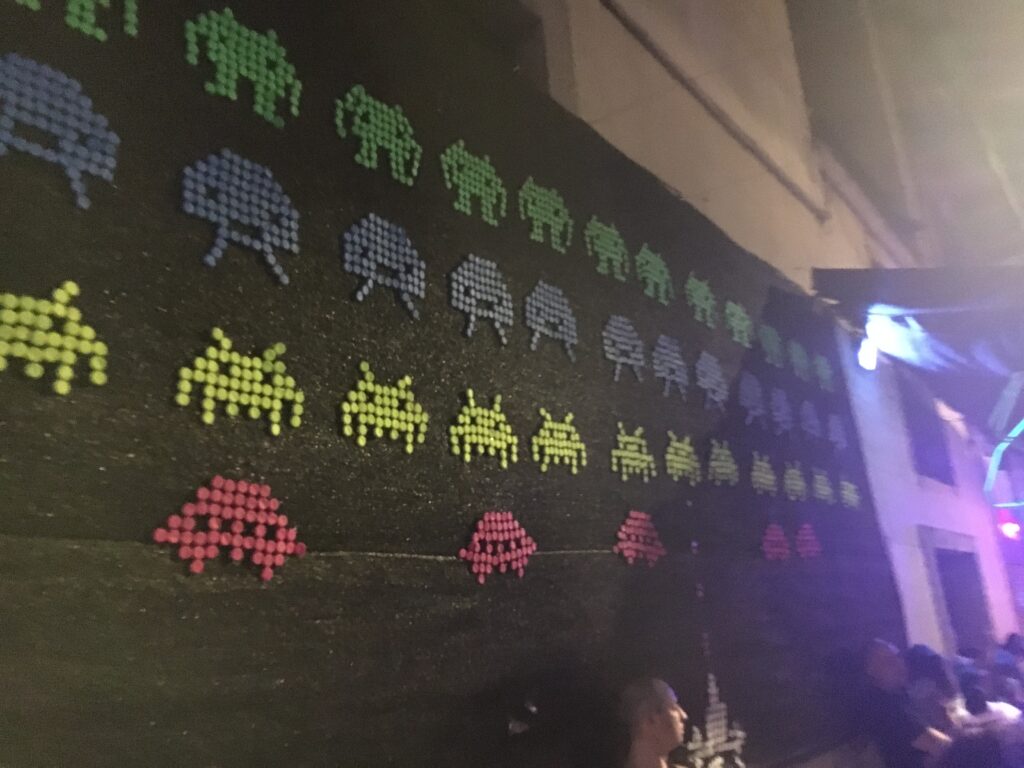 Near the close of the evening we heard noise and commotion up ahead. A scent of burning wafted through the air, and we turned a corner to find this.

Not bad Barcelona, not bad at all!